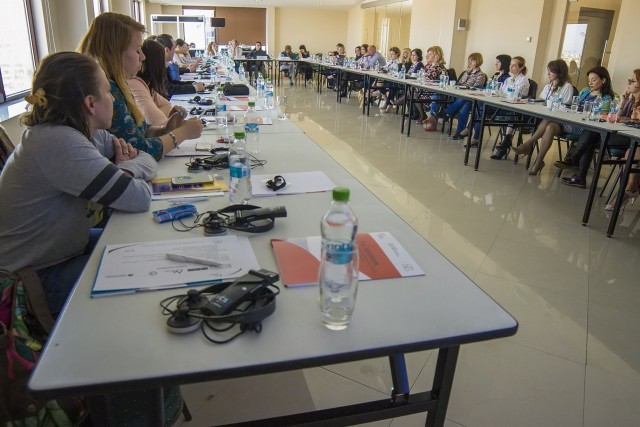 At the end of April 2016 finished the project Pro Health – Improve medical services for victims of human trafficking, financed by the NGO Fund in Romania, EEA Grants 2009 -2014. The project was coordinated by Association Pro Refugiu in partnership with the NGOs Association Global Help, Foundation People to People, East European Institute for Reproductive Health.

During the project’s lifetime multiple activities were implemented having as final objective the improvement of the medical assistance services for victims of human trafficking. The project started with the elaboration of a training manual for professionals from the medical field and also with the development of an online platform E-Health through which professionals were able to obtain information on victims’ assistance for the target group. In autumn 2015 a training for healthcare professionals was organized alongside a roundtable. The events thematic was focused on improving the methods / techniques on providing medical counselling and assistance for the victims, the consolidation of cooperation between institutions and NGOs in the process of identification – referral – assistance.  Starting with 2015 until end of the project (April 2016) a total number of 33 victims received medical counselling and assistance. The last few months of the project were allocated to the development of a good practice guide on medical services for victims of human trafficking, publication disseminated in Romania as well as abroad (example Norway).

Our fundamental values are: Tolerance, Equality, Trust and Solidarity
Contact us: office@prorefugiu.org